Woz at the Shore

On Sunday, November 14, 2004, NatMac was represented at the Woz at the Shore Event at Nova University. There was a great turnout and several Natmac members helped man the table where we spoke with quite a few new potential members. Woz gave a very interesting talk and spoke for over 2 1?2 hours! He even autographed the Natmac logo.

Don't believe it? Here's the proof: 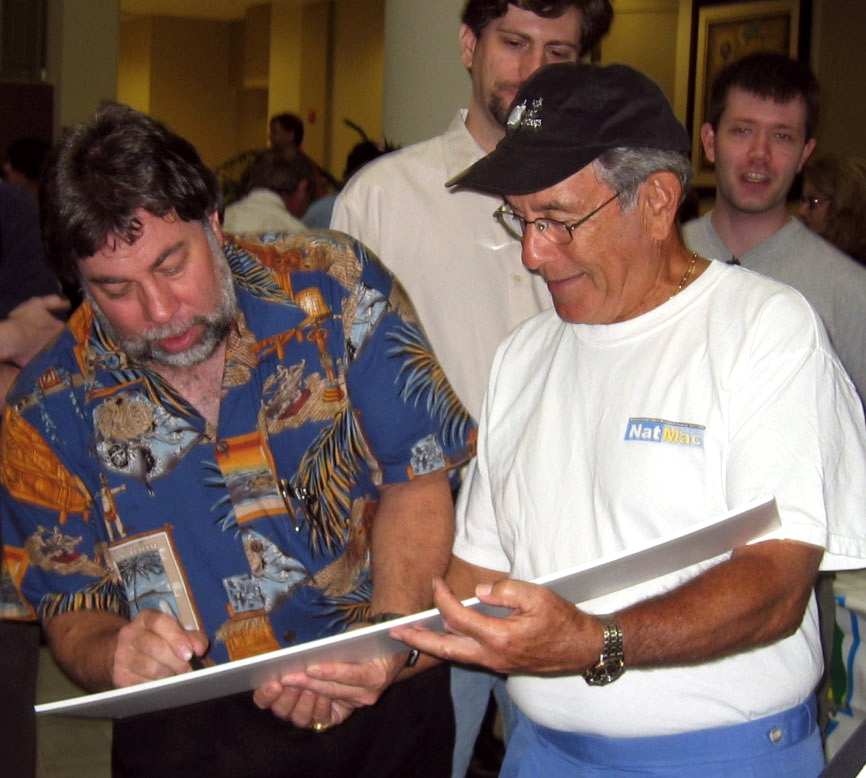 As you may know, the iPhone and iPad camera can scan a QR code simply by pointing the devices camera at a QR code. Easy enough, right? Well, not if it doesn’t work. Sometimes users may find that QR code scanning is not working on their iPhone or iPad camera, and this can be an... Read More

How to Delete /AppleInternal from Mac

Some Mac users have found that a directory called AppleInternal is sitting in the root of their Macintosh HD. The folder itself is empty, but is not removable through the typical means. /AppleInternal is apparently used by Apple for internal development purposes, and thus likely has no benefit or reason to be installed on an... Read More

Apple has released iOS 15.5 for iPhone, and iPadOS 15.5 for iPad. The software updates include a few minor features and changes, along with security updates. The full release notes are listed below. Additionally, Apple released macOS Monterey 12.4 for Mac, an Apple Studio Display update which requires the 12.4 macOS update, along with updates... Read More

Apple has released macOS Monterey 12.4 to all Mac users running the Monterey operating system. According to Apple, macOS 12.4 includes improvements to the Podcasts app, support for a firmware update for the Apple Studio Display camera, and security enhancements. Separately, Apple has also released iOS 15.5 and iPadOS 15.5, along with updates to watchOS... Read More